Dubai is Set to Provide Jobs for 100,000 Program Coders and This Is How!

Dubai is on its path to digitalization and has now teamed up with corporate giants in order to launch a national plan for transforming the city into the digital capital of the world. His Highness Sheikh Mohammed bin Rashid Al Maktoum, the ruler of Dubai and Prime Minister of the UAE, has announced a goal to double up the digital economy of the Emirate and increase the investments directed towards startups from Dh 1.5 billion to Dh 4 billion. The initiative is set to attract and train over 100,000 coders and program developers so as to set up 1,000 major digital companies within the next five years. Aptly titled the National Programme for Programmers, the movement according to His Highness Sheikh Mohammed bin Rashid Al Maktoum is a “new step to build Dubai’s digital economy.”

This novel undertaking by the government has been launched in cooperation with international corporates like Google, Microsoft, IBM, HOE, Cisco, Amazon, Nvidia, Facebook, and LinkedIn. As per the initiative, authorities are accelerating technological advancement by adopting the latest ICT technologies not only to improve the governmental machinery but also to transform the life of common people for good. The National Programme for Programmers, according to His Highness Sheikh Mohammed bin Rashid Al Maktoum,  has been initiated with the realization that the “speed of digital change” is indeed multiplying in the world. The shape of the global economy will definitely be different in years to come, a change that will undoubtedly transform the nature of professions around the world and ‘survival’ will be for the ones who are ready to keep up their pace with the “changes in our world.” The initiative is expected to boost the value of the digital economy to a target of Dh 200 billion, a goal that doesn’t seem far away.

The economic milestone has been welcomed wholeheartedly by experts and corporate executives in Dubai, most of them positive about the transformation these efforts are bringing into the digital economy of Dubai. According to the reports by Khaleej Times, Ali Homadi, the CEO of Dubai-based startup ‘Saphyte’ opined that the initiative is a “smart move in the right direction” as it will “attract skilled talents from across the globe” while Atik Munshi, managing partner at  ‘Enterprise House’ observed that the city is “moving very rapidly to a highly digitized ecosystem” and will undoubtedly “reap enormous long-term benefits.”

In a world that is rapidly accelerating towards a digital and AI-based economy, initiatives like these are highly important. With the National Programme for Programmers, the authorities are set to transform not only Dubai but the Middle East as a whole. The participation of corporate giants from all over the world will undoubtedly contribute to the efficiency of the strategy and the digital economy of the Emirate will undoubtedly change for the best.

Starting a business in Dubai requires awareness of the changing trends of the city. For the past 17 years, Flying Colour Business Setup has been helping clients set up their businesses in an easy and hassle-free manner. Please feel free to mail your queries at info@flyingcolour.com or contact us at +971 4 4542366. 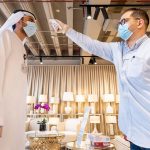 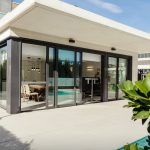 Creek Harbour Could be the Next Dubai Downtown! Time to Rent a Bigger House in Dubai? 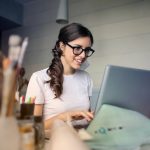 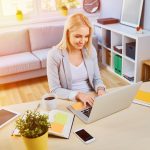 Home Based business in Dubai: 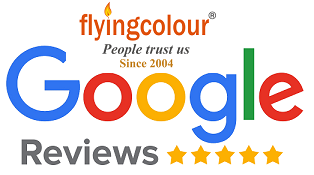